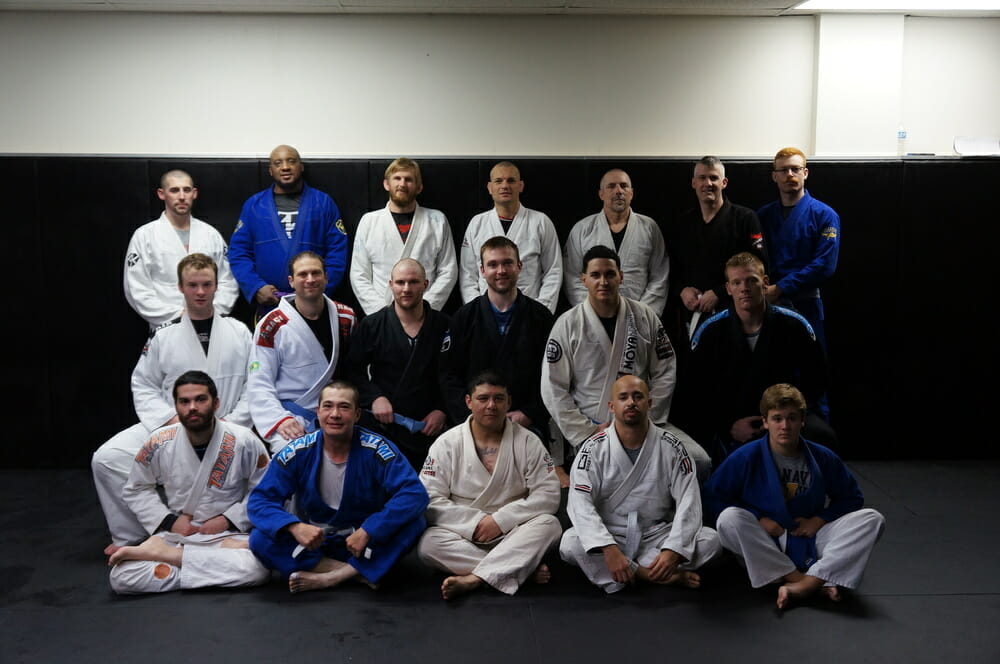 Just as expected Rodrigo Gracie Grandson of Carlos Gracie Sr. put on an amazing seminar last week at Crossroads Brazilian Jiu-Jitsu in Connecticut. Rodrigo has been learning Brazilian since he could crawl from his family. The Gracie’s are the most famous Martial Arts Family in the world having displayed there technical prowess both in self defense situations in Rio while Carlos and Helio Gracie were developing the Martial Art, and later in Vale Tudo and Mixed Martial Arts Events like Pride and UFC. Rodrigo Gracie is one of a Handful of Gracie’s who was able to perform at the highest levels of Mixed Martial Arts Competition, defeating several top 10 Mixed Martial artists in Japans Pride Fighting Championship during his Career in MMA.
Rodrigo stayed true to the original reason Gracie or Brazilian Jiu-Jitsu was created, Self Defense. The 3 hour seminar started off with two very common self Defense situations, escaping a headlock, and what to do when somebody wraps there arms around your head. Even Head Instructor and BJJ Black Belt Dustin Rhodes was able to pick up some details from Rodrigo Gracie’s 30+ years of Brazilian Jiu-Jitsu Experience.

After everybody had warmed up practicing the Self Defense Techniques, Rodrigo explained how to finish several very tight Guillotine Chokes. Rodrigo Gracie explained the difference in how to finish a standard Guillotine choke, versus and Arm In Guillotine Choke, and went on to show a very nice take down using the choke and the principles of how to efficiently get the fight to the ground. Once on the ground Rodrigo asked everybody to show him how they escape the arm bar, and after seeing the most common escapes used by the class, he went on to teach some details to tighten up everybody’s technique to make escaping the arm bar much more difficult.

The last hour of the Seminar was No-Gi Submission grappling Techniques, the same techniques that Rodrigo Gracie used to become an ADCC Champion and win several Mixed Martial Arts (MMA) Events, The Darce Choke. Rodrigo went into amazing Detail on this choke, showing how to get the submission from several different positions. Rodrigo Gracie also made sure that everybody knew how to make sure that if your opponent starts working an escape, you can put them right back into the position.

If you missed it and would like to make sure your notified the next time Rodrigo Gracie comes to Crossroads BJJ send us an email and let us know so we can add your name to the mailing list!