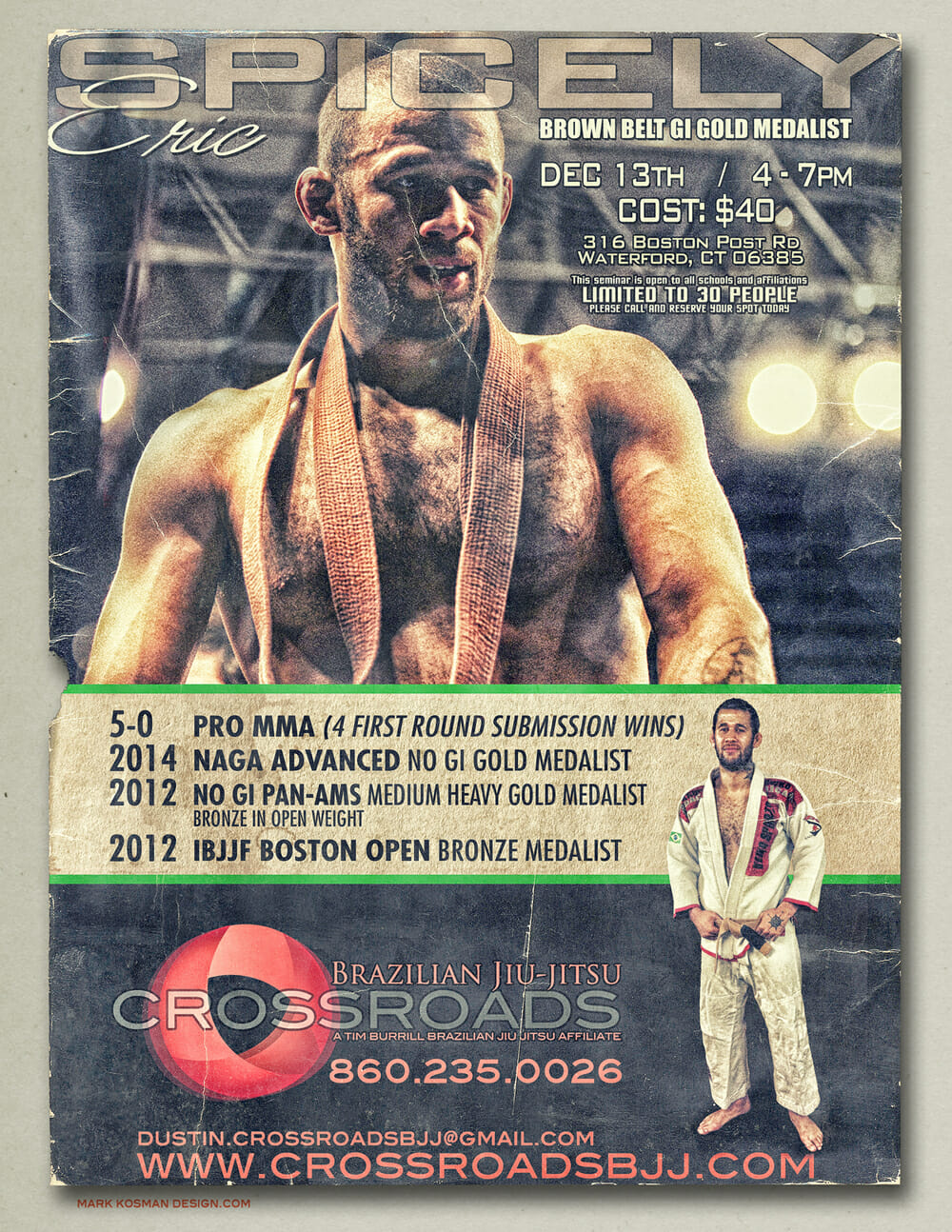 Eric “The Dream Catcher” Spicely will be teaching a 3 hour BJJ seminar  in New London County at Crossroads Brazilian Jiu-Jitsu on December 13, 2014. This will be  our last BJJ seminar of the year, and all of the proceeds are going to help support Eric during his upcoming MMA fight camp!
Eric is doing big things on the local MMA scene in Providence, RI with a Pro MMA record of 5-0, with 4 of his wins coming from 1st round Submissions. Eric has also won the IBJJF No-Gi Pan-Ams in 2012 and most recently won a Gold medal at Naga Rhode Island in both Gi and No-Gi divisions. Eric is a BJJ Brown Belt under long time Martial artist and Brazilian Jiu-jitsu Instructor Tim Burrill.

The cost of the BJJ Seminar is $40 dollars and is something you definitely don’t want to miss! If your in the New London / Groton CT Area and you want to learn Brazilian Jiu-jitsu from a great Martial Artist come down to Crossroads and learn from Future UFC star Eric Spicely!