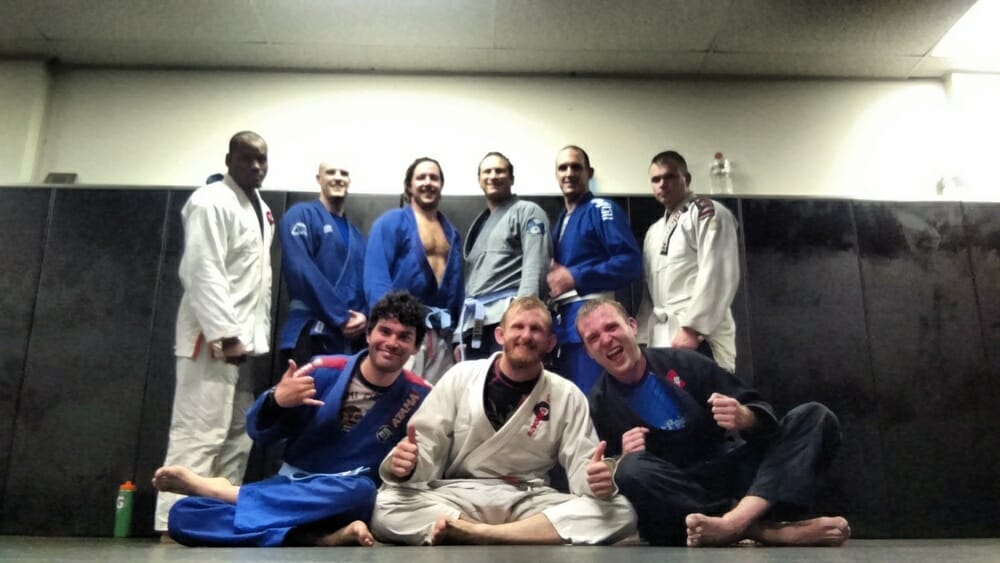 Everybody has been training hard and it shows. In the past two weeks we’ve had 3 students earn well-deserved promotions. Denis made it through a super-tough, top-secret (Shhhhhhh ;-)) test to receive the second Purple Belt ever awarded at Crossroads BJJ! Denis has been training with Dustin for almost 4 years and has been an integral part of the Crossroads family, running the Friday and Sunday open mat & training sessions. He does in an incredible amount of mat time, often training six days a week, and is always willing to teach what he knows to anyone who asks.
On the same day Denis got his promotion, Jeremy, our resident comedian and headband wearer, joined the growing ranks of proud Crossroads Blue Belts! Jeremy has been training at crossroads for over two years and has been stepping up his game lately, grabbing gold medals on the local tournament circuit and training at least 3 times a week.

A few days later, Kyle also became a member of Club Blue. Kyle is relatively new to Crossroads, having trained a multiple schools out of state on his BJJ journey. It didn’t take long to recognize his skill on the mats and in tournaments, where her recently got gold at NAGA in blue belt, as a white belt! Congrats to everyone involved, hard work pays off!