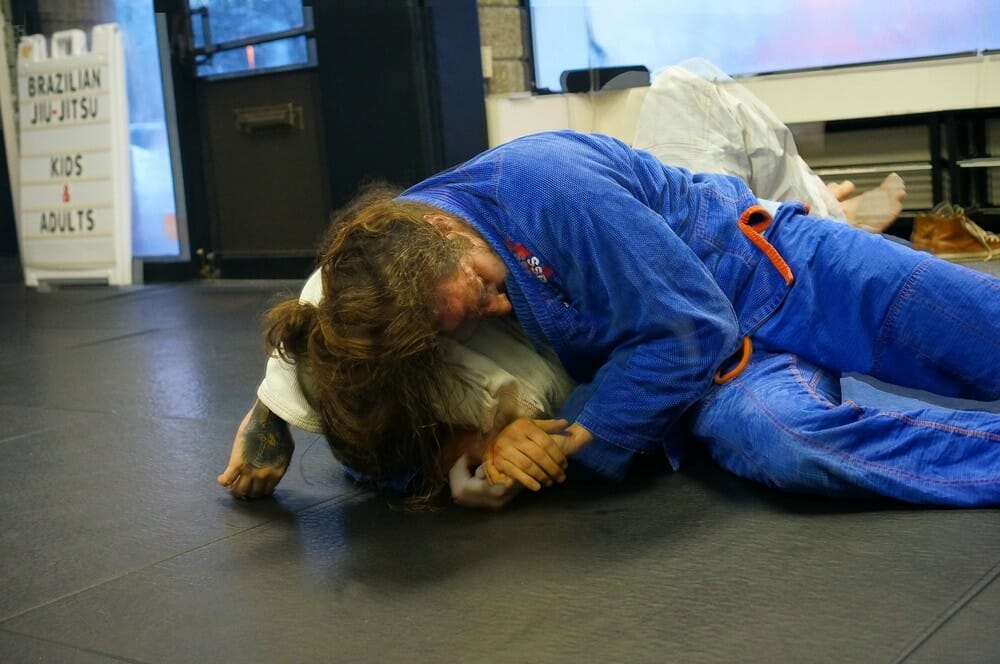 The original sales pitch for Gracie Jiu-jitsu was that 95% of street fights end up on the ground. I don’t know where this statistic was found, however with the invention of social media and Viral videos you can watch any number of streetlights on the internet. In most of these videos you see people who don’t know Brazilian Jiu-Jitsu will often just chaotically grab the person attacking them just as an effort to stop them from punching or kicking them. Brazilian Jiu-jitsu teaches you how to deal with these situations, how to protect yourself from being punched or hit, and then using our opponents most basic instinctual reactions to control our attacker and end the fight.

So if we want to escape the mount position we must retrain ourselves to move in a way that is more efficient and effective in a street fight. From the mount position there are two primary movements to escape the mount and move yourself into  a position where you can protect yourself. The first way taught today in our Brazilian Jiu-jitsu class was the bump and roll. This move consists of completely trapping one side our opponents body and bumping or hip to cause them to fall off of us to the side and us to get to the top position. The second technique is called an elbow escape in Brazilian or Gracie Jiu-jitsu. In this escape you move your hips and legs in-order to wrap them around your attackers waist, which allows you to keep yourself close to your attacker and prevent them from punching you.

Coach Doug went on to teach how to use the hip bump and elbow escape techniques together to help you escape from a position where your attacker can hurt you to a position where they can’t. This strategy is what makes BJJ the most effective martial art today.